BORIS Johnson is to head to Rwanda – but he will avoid facing up to his Government’s much-criticised policy on deporting asylum seekers to the central African nation.

But it is going to be hard to ignore the policy with Prince Charles playing a key role at the summit of Commonwealth leaders that they are both attending.

Charles has reportedly branded the Tory plot to send people 4000 miles away after arriving in Britain through unofficial routes as “appalling”.

Johnson will also meet Rwandan president Paul Kagame, as well as dozens of others heads of state, as he attends “Chogm”.

Here is a look at why the Prime Minister is in Rwanda, what he hopes to achieve there and the controversy surrounding the visit:

The Commonwealth Heads of Government Meeting (Chogm) typically takes place every two years but is being hosted in the Rwandan capital of Kigali after a hiatus forced by the coronavirus pandemic.

It is a chance for the leaders of the 54 Commonwealth nations, most of them former British colonies, to discuss their shared interests and make decisions about their future.

It is somewhat of a coincidence that Johnson is there while his asylum policy is in disarray thanks to a European Court of Human Rights decision, ahead of a full ruling in the UK.

Charles has already arrived in Kigali representing the Queen as the head of the Commonwealth.

The Prince of Wales and The Duchess of Cornwall @ClarenceHouse visited the @Kigali_Memorial to pay tribute to victims of the Genocide against the Tutsi in #Rwanda. pic.twitter.com/gWq0n7KN3R

The key meetings at Chogm will take place on June 24 and 25, with the summit closing on Sunday 26.

What is Johnson hoping to achieve?

The Tory leader wants to focus on tackling the food and energy insecurity caused by Russia’s invasion of Ukraine, with some Commonwealth nations feared to be particularly vulnerable.

As well as the banquet and wider talks with Commonwealth leaders, Johnson will hold one-on-one chats with key allies.

What else will happen at the summit?

There are key decisions to be made about the future of the political association. The next secretary-general must be chosen, and Johnson is hoping to oust the incumbent, Labour peer Patricia Scotland (below), who is running for a second term.

Johnson instead backs Jamaican foreign minister Kamina Johnson Smith, and UK officials are confident he will get his way.

Shadow foreign secretary David Lammy was critical of Johnson, the Commonwealth’s current chair-in-office, for undermining the position’s “neutrality and confidentiality”.

“No chair has ever done this in Commonwealth history. It’s unseemly and divisive,” the Labour MP said.

Johnson said the Jamaican minister will have the “vast experience and support to unite our unique family of nations and seize the opportunities ahead”.

In private, officials are reportedly critical of Scotland, questioning whether she has provided effective or unified leadership.

Leaders are also expected to admit a new member state in the form of Togo, while it is possible Gabon could join too. The UK backs adding both to the Commonwealth family.

What is the backdrop to the visit?

Johnson hoped a policy of deporting asylum seekers to Rwanda would prevent the often deadly crossings of the Channel made by thousands of people crammed into small boats each year.

He hoped the deal brokered with Kigali by Home Secretary Priti Patel (below) would provide a disincentive for the journeys.

The UK Government knew the policy would attract legal challenges, and those ultimately prevented the first flight from taking off last week.

Ministers had anticipated about 130 people to be on board but legal challenges reduced this to only around seven or fewer on the day of take-off.

Then the European Court of Human Rights granted an interim injunction barring the removal of an Iraqi asylum seeker until a decision on the legality of the Government’s policy is made in UK courts.

The Strasbourg-based court removed two others from the plane, while the Supreme Court granted injunctions preventing the immediate removal of three more.

Now the Government is trying to introduce a Bill of Rights that would confirm that measures such as the one issued over the Rwanda policy are not binding on UK courts.

Johnson is likely to discuss the policy with Rwandan president Paul Kagame during a meeting in Kigali.

Who is Paul Kagame?

Kagame (above) was lauded by the international community for his role in ending the 1994 genocide during the civil war.

But his regime has since been accused of political repression, alleged assassinations and the imprisonment of critics.

“In recent years, Rwanda has been the scene of enforced disappearances, numerous allegations of torture, excessive use of force by the police, and serious violations of the right to a fair trial and the right to free expression.”

The Prime Minister’s official spokesperson said he is expected to “raise human rights issues as he has done in the past”.

“We want Rwanda to uphold and champion the Commonwealth values, democracy, the rule of law and respect for human rights. And we want due process for all those in detention and fair and transparent application of the rule of law,” the official added.

Kagame may himself want to question the Prime Minister on why no asylum flights have arrived in Kigali two months after the deal was signed.

Spurs told to do more to stop ‘disgusting’ littering 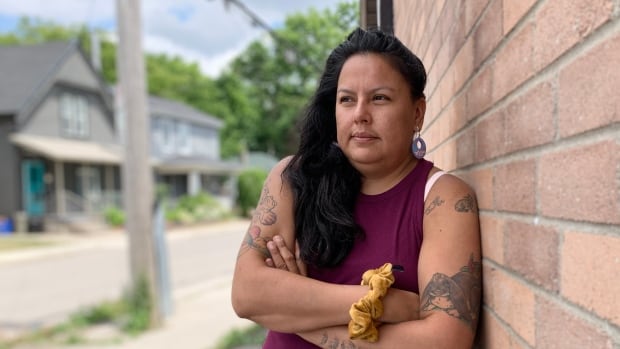