The war in Ukraine is about Russian mythology — the notion of reuniting two peoples with a long, viscerally complicated relationship going back centuries — and outdated ideas about spheres of influence.

It could be about empire building, or rebuilding, depending on how you want to interpret your history and what text you use as a guide to explain Moscow’s attempt to subjugate an independent nation of 44 million souls.

And that may very well be.

There is, however, a cold, hard, underappreciated calculation, one that —  depending upon how the war ends — has the potential to secure either Ukraine or Russia’s economic future for the next century.

If you take a map of the areas occupied or being fought over by Russian forces and then transpose it to a resource map of Ukraine, you begin to understand what it is at stake beyond hazy cultural delusions and dreams of empire.

The eastern Donbas region, where most of the fighting has taken place over the last eight years, is often referred to as the industrial heartland of Ukraine. Rich in coal, it has helped fire the steel plants, foundries and electric generators of the country for a century, or more.

It is more than that, though.

Ukraine has the potential to become a “critical mineral superpower,” according to a recent evaluation by SecDev, an Ottawa-based research and analysis think-tank.

The country ranks fourth globally in terms of total assessed value of natural resources, with roughly $15 billion in annual output and a potential “assessed value [that] could be as high as $7.5 trillion,” according to the report.

Beyond that, Ukraine is thought to have the largest supply of recoverable rare earth resources in Europe, although much of it is undeveloped.  Rare earth minerals (cerium, yttrium, lanthanum and neodymium) and alloys are used in many devices people use every day, such as computer memory, rechargeable batteries, cellphones and much more.

Roughly 80 per cent of Ukraine’s oil, natural gas and coal production reserves can be found in the Dnieper-Donetsk region, which has been the major focus of Russia’s military operations to “liberate” the country, the SevDev report noted.

The gains Russia has made thus far in the invasion mean Moscow now has control of two thirds of its neighbour’s maritime shelf, which is where an estimated 80 per cent of Ukraine’s offshore oil and natural gas deposits are found.

Invasion timing not a coincidence

The timing of Russia’s military actions, and its choice of territory to conquer, is not a coincidence, said Oleksandr Kharchenko, the managing director of the Energy Industry Research Center, a research and consulting firm in Kyiv.

At the time of the 2014 annexation of Crimea, Ukraine had been in talks with the Shell Oil Co. and Chevron Corp. to develop the Black Sea reserves —  plans that were scuppered because of Russia’s actions.

The Black Sea is “a huge source of [natural] gas, which was [discovered] in Soviet time, and we have other sources that [were] clearly stopped because of [the] Russian invasion,” he said.

The goal of the development program, he said, was to wean Ukraine off imports of Russian oil and natural gas.

“Everyone believed that in five, seven years of development, even if [there was] 50 per cent success [rate in development], it will be enough to have Ukraine independent from Russia,” Kharchenko said in a recent interview with CBC News.

In the interceding years until last winter, he said, Russia directed much of its covert intelligence in Ukraine toward sabotaging the country’s energy independence ambitions, particularly in hydrocarbon development.

Ukraine was getting set to issue more exploratory approvals in the region when Russia launched its invasion on Feb. 24, Kharchenko said.

“I don’t believe that it was accidental. I believe that Russia has a very good understanding” of what was at stake for Ukraine and what it could lose if its former client became a competitor or alternate supplier of energy to Europe, he said, which is Moscow’s biggest market.

Tens of thousands of residents of Russian-controlled city of Kherson in southern Ukraine have fled since the beginning of Moscow’s invasion. Those who remain say there are consequences for defying Russia.

Former Ukrainian president Petro Poroshenko said sabotaging his country’s mineral and hydrocarbon development plans are “a very important part” of Russian President Vladmir Putin’s plan, but not the prime motivator, from his point of view.

“Compromise is unreachable because the picture is black and white: Putin wants to kill us, and we simply want to live,” Poroshenko said. “Putin wants to erase our country, our state and our nation from the world map.”

Zuzanna Nowak of the Polish Institute of International Affairs said she also believes that the prime motivation of the war is rooted in the myth of a “Greater Russia” and patriotism, but she can’t help but notice how the historic line of the war and the current battle map can be tied to resources.

“All the troubles, what we saw since 2014; they have always been related to the issue of liberalization of the Ukrainian gas market,” said Nowak, who also noted that Ukraine has enormous potential for hydrocarbon storage and that European leaders were interested in developing it to improve Europe’s overall capacity.

All wars are about resources

But it is too simplistic to say that the war in Ukraine is solely about resources, said one of the authors of the recent SecDev assessment.

Having said that, “all wars ultimately are about some kind of resource,” said Rafal Rohozinski, the founder of SecDev.

He said it is hard to ignore the economic benefit that would accrue to Russia should it win the war and carve up Ukraine’s mineral and hydrocarbon wealth.

“The areas of occupation, not just now but going back to 2014, really encompasses the eastern part of the country, which not coincidentally, happen to also be the place where you have the largest natural resource endowment that Ukraine has,” Rohozinski said.

He described the rare earth deposits as “the real wild card” as many countries are quietly scrambling to secure their own supply.

The notion that Moscow saw its neighbour as a strategic economic threat should not be discounted, and Rohozinski believes that the longer the war drags on, the more Russia will feel the need to find some benefit in order to justify the enormous cost.

“A lot of Russia’s security strategy over the last two decades has been built upon these twin pillars of military-political security, but then also energy security,” he said.

“The fact that, now, as the war has gone definitely against Russia, in terms of its immediate political objectives of overthrowing the Ukrainian regime, it may well become a war over those resources that happen to be in the lands that it controls.”

'Selling Sunset' Office Overrun by Fans to Get Glimpse Inside 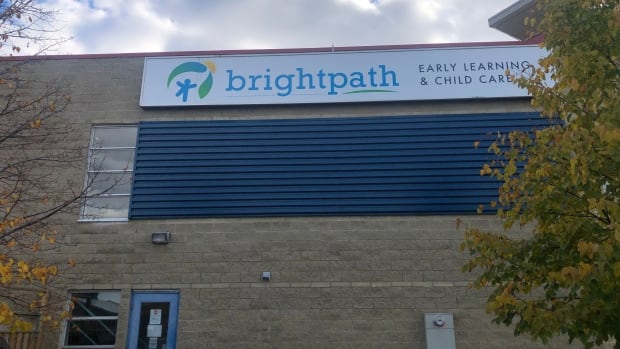 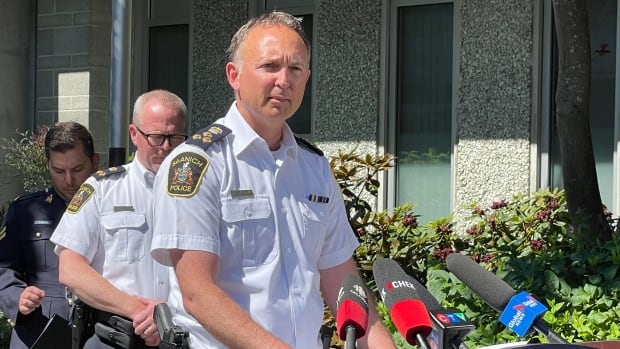 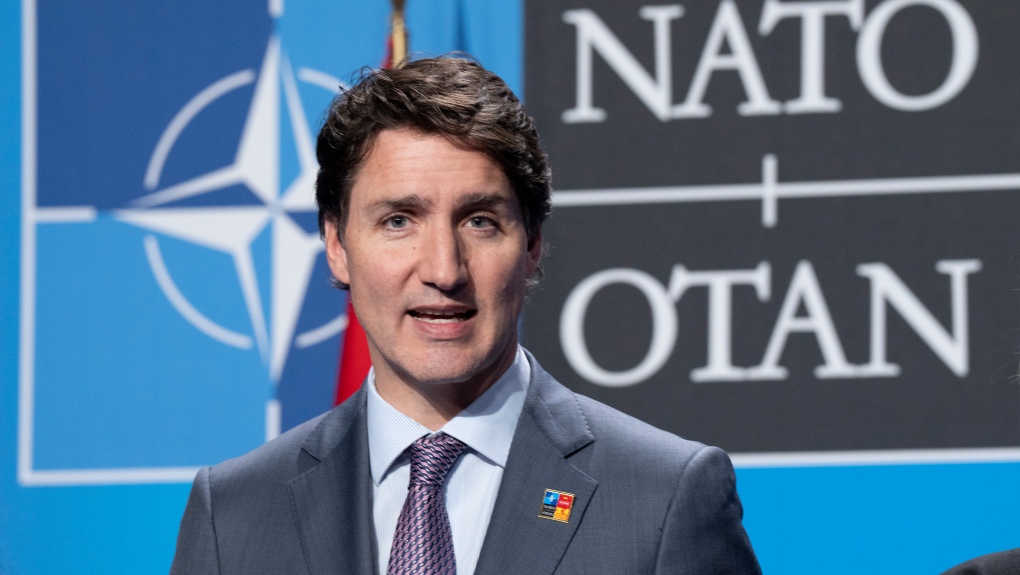 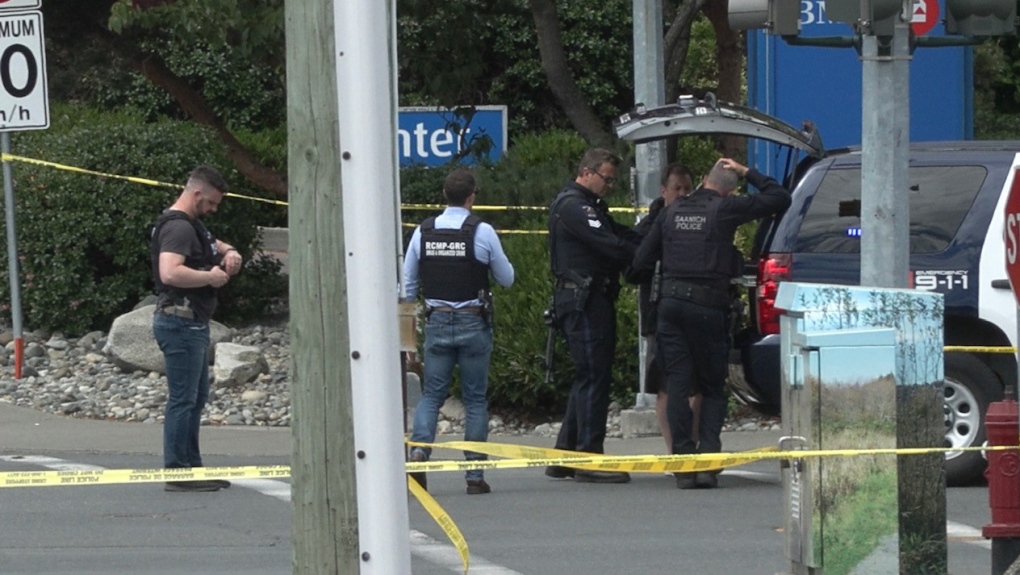 ‘What were they waiting for?’ Woman inside Saanich bank amid shootout describes ‘calm’ gunmen