Along with 46 other Senators, Sens. Patty Murray and Maria Cantwell co-sponsor a bill to codify Roe into federal law. But that’s not gonna be enough. David Ryder / GETTY

The Supreme Court of the United States will likely overturn Roe in June: To protect abortion for everyone in the country, the Senate would need to pass the Women’s Health Protection Act, which would codify the right into federal law. Senate Democrats would also need to abolish the filibuster to prevent Republicans from inevitably trying to obstruct the bill’s passage. The first problem: According to NBC, Senate Democrats don’t have 50 votes to protect abortion.

Who are the holdouts? West Virginia coal baron Joe Manchin and Pennsylvania Catholic Bob Casey. Manchin hasn’t taken a position yet, and Casey “personally opposes abortion.” Sen. Susan Collins supports a watered down version of the bill, so if she plays ball then Schumer would need to get either of those two guys onboard. But even if Schumer pulled that off, he’d then need to abolish the filibuster, which Manchin and Arizona Sen. Kyrsten Sinema oppose with their bought little hearts.

Washington’s Senate delegation supports the bill, but would they blow up the filibuster for abortion? In an email, Sen. Cantwell said she would “support getting Roe v. Wade codified in whatever way we can.” Sen. Murray said, “nothing can be off the table.” Both said their primary focus now lies in “building support” for the WHPA within their own caucus. Thanks, Democrats!

The Washington Supreme Court punted on its redistricting duty: Today the Court justices unanimously decided to accept the “plan” the Washington Redistricting Commission voted to approve in November, even though the commissioners technically blew their deadline, and even though the “plan” wasn’t a map or even a set of numbers but rather a verbal handshake few knew the details of, and even though “the plan” was born from a largely secretive negotiation process that advocates say violated the state’s Open Public Meetings Act.

In an FAQ, the Court argued that the commission only missed its mark by 13 minutes, which wasn’t enough to invalidate all the public engagement work that supposedly influenced the new boundaries the commissioners approved, and so it was fine. If the Court hadn’t accepted the plan, they would have had to hire someone else to draw political boundaries that strongly influence the number of Democrats and Republicans we send to the State Legislature and to Congress, and they clearly didn’t want to soil their robes with the mud of politics.

Though the Court OK’d the maps that the commissioners turned in a few days after approving the “plan” to draw those maps, it explicitly said it “has not considered whether the plan satisfies any constitutional or statutory requirement other than timeliness,” so interested parties could still sue if they think the maps violate state or federal laws. And, boy, you could really see how interested parties might be interested in suing.

The WA Supreme Court is rightly regarded as a liberal court, and most of its justices were appointed by Democratic governors, but by upholding the @RedistrictingWA maps they handed the WA GOP one of the biggest wins Rs have had in this state in a very long time.
— Robert Cruickshank (@cruickshank) December 3, 2021

A UCLA election expert thinks the maps the Court just accepted violates the Voting Rights Act by only providing for a nominal majority of Latino citizens of voting age in the Yakima Valley. The commissioners — one non-voting chair and four political operatives who basically worked to save as many incumbents as they could in the process — disagree with that analysis, though Brady Piñero Walkinshaw, who negotiated on behalf of the Senate Democrats, expressed reservations. Furthermore, state law imposes a bunch of guidelines on the commissioners to prevent gerrymandering, and someone could sue if they thought the maps unnecessarily split up too many cities, counties, and “communities of interest,” or if they favored one party over another.

It’s hard to say at the moment whether the maps will be “good” or “bad” for Democrats: The commissioners used the 2020 State Treasurer’s race as their baseline for determining partisan advantage in different Legislative and Congressional districts, and I don’t have the document that shows estimated partisan splits in those new maps based on that baseline, but this baseline map that uses a composite of a bunch of statewide races going back to 2016 sure does make it look like GOP schooled the Dems at the gerrymandering game, especially in a red wave year that could see 7-to-10 point swings toward Republicans. A spokesperson with the state Democratic party said, “Midterm elections are always a challenge for the party that controls the presidency. We don’t expect 2022 to be different. But there’s a Democratic path to victory across Washington state, and we’re committing to fighting for everyone.”

Let’s check in with Rep. Kim Schrier, who will need to defend her swingy seat against Republican King County Councilmember Regan Dunn, and see how she feels:

And almost all of those new constituents live in rural Snohomish County. Not great!

And let’s see how Republican Rep. Paul Graves is feeling: He’s the guy who negotiated the new maps on behalf of the Washington State House Republicans, and I’d say he’s feeling pretty good about the Court’s decision:

No one is satisfied with the homelessness spending in the City’s budget: The Seattle Times reports on the fruits of civility and compromise.

Six shootings in a little over a day: The Seattle Times writes down what the cops said.

Chase and Jas went on the radio: They discussed their Spotify Wrapped results, the price of concert tickets, and debated the appropriate time to begin listening to Christmas music.

PSA, ICYMI: Back in 2018, the public library downtown installed two courtesy phones. Calls are free and limited to 10 minutes, but phones can’t receive phone calls. Why do I bring this up now? To confirm the truth of the graffiti on this plywood outside the new development projects off Broadway: Omicron spreads across the U.S.: The new version of the bug found its way to “New Jersey, Maryland, Missouri, Nebraska, Pennsylvania and Utah,” Reuters reports. Some of the infected people were vaccinated, some were not, and none were hospitalized.

Delta’s still the rage, though: The dominant variant continues to rip up Europe, which now reports 75 million coronavirus cases, according to Al Jazeera.

Parents of Michigan school shooter now on the run: On Tuesday a 15-year-old kid killed four of his classmates with a “semiautomatic 9-millimeter Sig Sauer handgun” that his parents bought for him. After reviewing the evidence, the Oakland County prosecutor decided to charge the parents with manslaughter, the New York Times reports. Now the parents are nowhere to be found.

11/29—Teacher catches him searching for ammo. “LOL … You have to learn not to get caught,” mom texts

The intelligence community thinks Russia might invade Ukraine: The Washington Post “obtained a document” showing that “the Kremlin is planning a multi-front offensive as soon as early next year involving up to 175,000 troops.” Putin wants to make sure Ukraine doesn’t enter NATO, and Biden won’t make that guarantee, and so now there’s all this tension.

If you haven’t gotten to it yet, you only have four more days to vote no on the stupid recall.

I leave you with some of my favorite Christmas music: Some new jamz from Idles.

Animation Guild Contract Talks Put On Hold Until Next Year 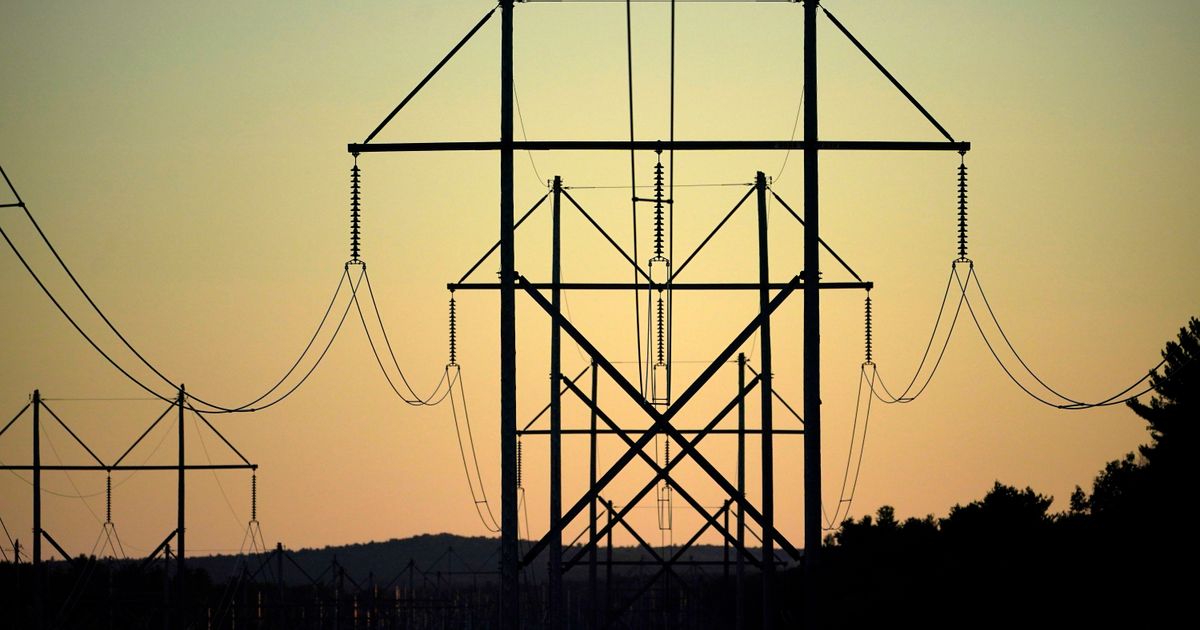