In an episode of his podcast released on Monday, Texas Republican Senator Ted Cruz made the unfounded claim that President Joe Biden is ‘undermining the peaceful transfer of power’ over the FBI‘s unannounced search of Donald Trump‘s mansion.

He also attacked Attorney General Merrick Garland for approving FBI agents’ request to seek a warrant for the operation, which was then approved by a federal judge.

The White House has maintained that President Joe Biden and his officials only learned of the raid and Garland’s subsequent remarks on it through public reports.

Press Secretary Karine Jean-Pierre said as recently as Sunday that Biden has not been briefed on the situation nor has he discussed it with anyone in the White House.

Cruz joined a long list of Republicans condemning the Biden administration over the raid on Monday, calling the operation ‘utterly unprecedented’ during a taping of taping ‘The Verdict with Ted Cruz.’

‘Federal law enforcement officers raiding the home of a former president has never happened – going all the way back to George Washington,’ the Texas conservative said.

‘This has never happened, in significant part, because we’re a country that has a tradition of the peaceful transfer of power.’

It comes as Trump is himself being investigated for breaking that tradition in a Justice Department probe looking at his and his allies’ participation in a so-called ‘fake electors scheme’ to overturn Biden’s 2020 win.

That investigation is separate from the probe into handling of classified documents that resulted in last week’s raid.

‘Part of the peaceful transfer of power is the successor regime does not then use government to go target their predecessor,’ Cruz continued on his podcast.

‘You know, if you go down to tin pot dictatorships, that’s a common feature – when one guy is out and the next guy’s in, the next guy goes after the former guy.’

He continued, ‘There is an element of respect of rule of law and respect for the office of the presidency that says you don’t turn the federal government into a political tool to target your enemies.’

Cruz also responded to accusations that Republicans are whipping up rage at federal law enforcement that could spill into violence.

Specifically, he took issue with Garland denouncing attacks on Department of Justice employees during his Thursday remarks where he also moved to unseal the warrant used.

‘It was rather striking Merrick Garland said, “I won’t stand by while anyone calls into question the good men and women of the FBI.” Let’s be real clear, Merrick. We’re not calling into question the line officers. We’re calling to question your integrity,’ Cruz said. 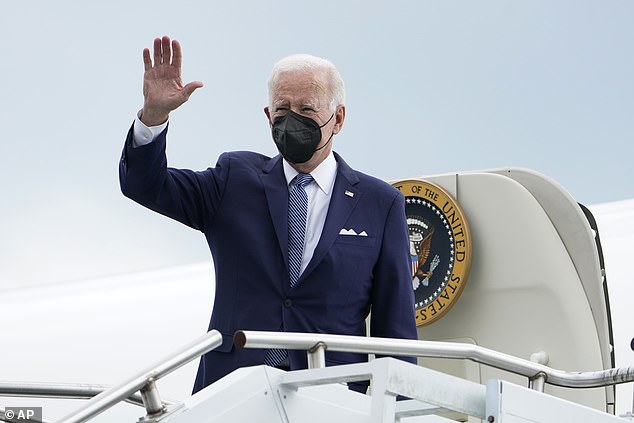 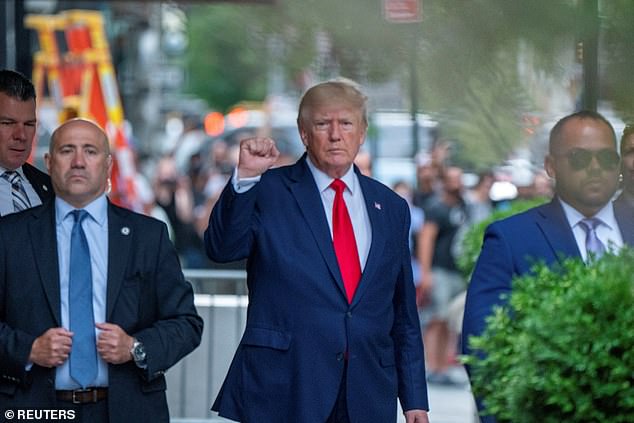 ‘We’re calling into question the top political operatives at DOJ and the FBI that have no respect for the rule of law, and that instead are perfectly content to be the Biden White House’s political henchmen.’

Trump’s allies in Congress have been attacking the legitimacy of the FBI since the raid and calling for consequences for top officials in the bureau and within the DOJ.

On Sunday the FBI and Department of Homeland Security released a joint bulletin warning of an increase in violent threats against federal law enforcement officers and officials, including ones that single out the judge who approved the warrant.

It includes a threat to place a so-called dirty bomb in front of FBI Headquarters and issuing general calls for ‘civil war’ and ‘armed rebellion.”

The memo said the FBI and DHS have ‘identified multiple articulated threats and calls for the targeted killing of judicial, law enforcement, and government officials associated with the Palm Beach search, including the federal judge who approved the Palm Beach search warrant.’

It also highlights an incident last week when an armed Navy veteran tried to force his way into the FBI’s Cincinnati office and was shot dead in a standoff with police.

You May Be Surprised By How Many Homes Chrishell Stause Has Actually Sold - E! Online