After being pummeled by two tropical storms that submerged basements, cracked home foundations and destroyed belongings, Northeastern U.S. residents still in the throes of recovery are being hit with another unexpected blow: Thousands of families are now swamped with financial losses because they didn’t have flood insurance.

Most of those caught off guard by the intense downpours from the remnants of Hurricane Ida and Tropical Storm Henri lived in areas outside of coastal floodplains, making flood insurance an afterthought for most of the working-class families whose neighborhoods were among the hardest hit.

“When we called the insurance company, the first thing they told us is that they don’t provide any assistance for anything that’s caused by a storm. And they left it at that,” Amit Shivprasad said, his rising voice echoing frustrations shared among his neighbors in the Jamaica section of Queens.

For weeks now, Shivprasad and his parents have been crammed into a relative’s apartment after New York City building inspectors declared their home uninhabitable.

Floodwaters from Ida, exacerbated by overflowing storm and sewer drains, ripped through an exterior wall and drowned two of the family’s tenants in a basement apartment. The storm killed about 50 people across the Northeast, many of whom drowned in basement apartments or in cars. It lashed the region less than two weeks after a drenching from Henri.

Residents in Shivprasad’s neighborhood have long complained about inadequate drainage that makes flooding a frequent worry.

“This is not a flood zone, which is something I was shocked at,” said Shivprasad, whose family home lies 4 miles inland from the nearest flood plain. If it were in a flood zone, the family’s mortgage company would have likely required flood insurance.

Among the roughly 10,000 homes in his neighborhood, just 16 were protected by flood insurance, according to a database compiled by the Association of State Floodplain Managers.

Flood damage is not covered by homeowners or renters insurance policies. People without a flood policy have few options for getting help paying for damage, according to Loretta Worters, a spokesperson for the Insurance Information Institute. They may be able to get federal assistance, she said, including low-interest loans and grants for damage.

While officials are still calculating the losses — believed to be in the billions of dollars — residents wonder how they’ll come up with the money to repair homes and replace belongings. Fans continue to whir in dank basements and dump trucks still make the rounds to haul away mildewed couches, squishy mattresses and now-useless electronics.

Flood insurance, offered through the National Flood Insurance Program, is generally required for mortgages on properties considered to have a roughly 1 in 100 chance each year of flooding — but is optional for everyone else. Some see it as an unnecessary cost, even as severe weather now strikes with more frequency and greater intensity.

“You never know, particularly with the way the world is acting right now, when that flood is going to occur in your neighborhood,” said Michael Wade, a FEMA spokesperson.

“All you got to do is look at this particular storm,” he said, “and you’ll see that people who didn’t live in flood plains — and who have never been flooded before — all of a sudden they get inundated with 6 inches of rain an hour. Now they got problems.”

John and Roseann Kiernan’s neighborhood in Rossmoor, a sprawling senior living development in Monroe Township in central New Jersey, is 20 miles from the coastline and not near any major rivers. The Kiernans and others said they were told over the years that they didn’t need flood insurance because the area isn’t in a flood zone — even though the neighborhood flooded in 2005.

John Kiernan’s mother previously owned the house and had flood insurance that cost about $650 per year, he said. She died eight years ago, and they eventually let the insurance lapse. Now, the Kiernans estimate it will cost $100,000 to get their house back to a livable condition and replace their car.

Their existing policy “covered nothing,” said John Kiernan, a retired corrections officer. “The insurance company sent out some very nice, understanding people, they listened to everybody for an hour or so, then basically said, ‘You’re not getting anything.’ So that’s the way it is.”

Around the corner from the Kiernans, Joan Russo and her husband have lived in the same house for 16 years and moved in a few days before the flooding in 2005. Their house suffered extensive water damage during Henri, forcing them to move in with her son’s family in another town.

“When we were getting our insurance, they said, ‘You’re not in a flood area, there’s no need for that,’” she said. “You listen to the supplier and they say you don’t need it, so you don’t get it.”

Back in Queens, Sahadeo Bhagwandin worries about how he will get his family back home. They’ve been spending nights at a hotel, courtesy of the Red Cross, ever since the flooding.

“I don’t know how I’ll fix this,” said Bhagwandin, a structural engineer, as he pointed to a thick fissure in his basement wall. It could cost upward of $125,000 to repair his home’s foundation, which buckled after floodwaters gushed into the basement.

Until a few years back, Bhagwandin said, he had flood insurance — bought after a 2007 storm inundated streets — but the policy was later canceled.

Some of his neighbors, especially working-class immigrants who face language barriers, aren’t as familiar with the complexities of property insurance and might not have realized they needed separate coverage for acts of God like flooding and earthquakes.

Even if they were aware of the risk of flooding, he said, their financial priorities might have been elsewhere.

“It’s not a rich community,” Bhagwandin said. “People try to save every dollar they have to do something else with it, instead of buying flood insurance.” 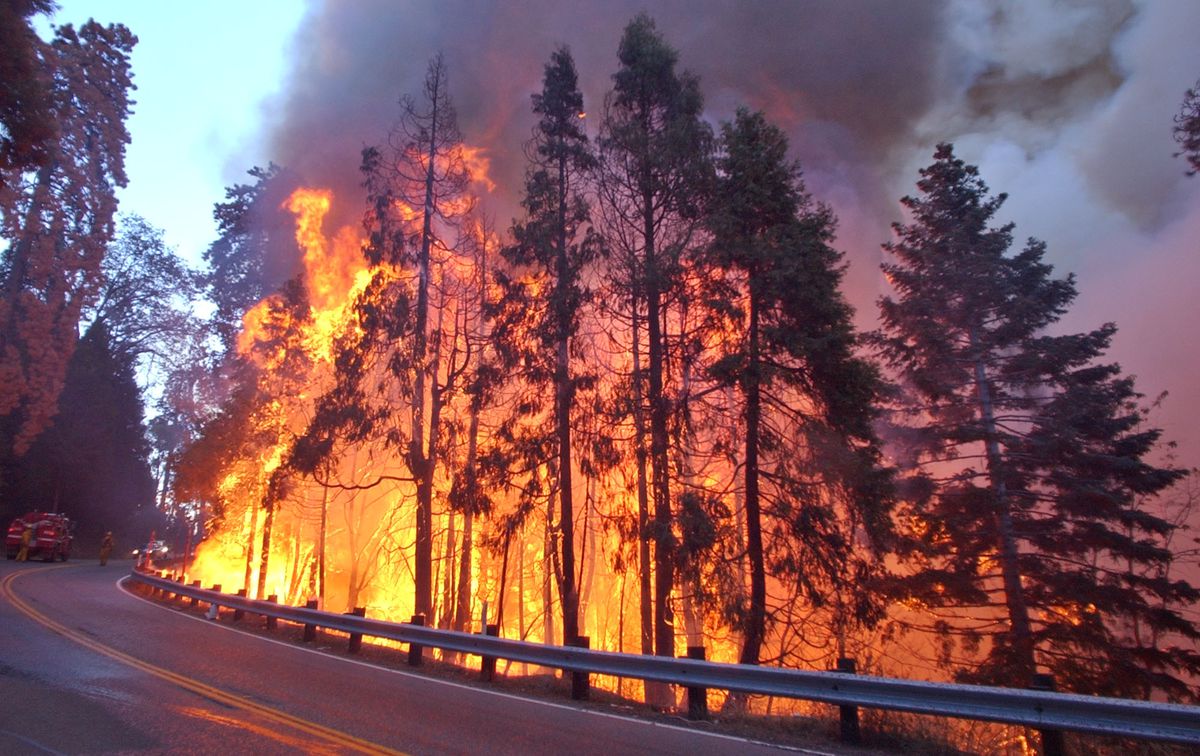 Thousands of trees set to be removed after California wildfire