Trump’s Chief of Staff Mark Meadows ‘burned official documents in his office fireplace’ after meeting with Scott Perry, according to testimony given to the January 6 committee

Donald Trump‘s former chief of staff reportedly burned documents in his office after meeting with a Republican lawmaker who was trying to overturn the 2020 election, the Capitol riot committee learned on Wednesday.

The meeting between then-White House Chief of Staff Mark Meadows and Rep. Scott Perry of Pennsylvania took place in the immediate weeks following the presidential race in November 2020, according to a Thursday Politico report.

Meadows’ aide at the time, Cassidy Hutchinson, was reportedly grilled by lawmakers on the House Select Committee Investigating the January 6th Attack on the US Capitol for more than 90 minutes about the sole act of burning the documents.

Hutchinson told lawmakers that she personally saw Meadows light the pages on fire following the meeting with Perry in his office, the report claims.

However it does not go into detail about what those documents were or if any were classified.

Perry, a retired Brigadier General who chairs the House Freedom Caucus, was subpoenaed along with four other sitting members of Congress earlier this month.

The committee is interested in hearing from him, House GOP Leader Kevin McCarthy, Rep. Andy Biggs, Rep. Mo Brooks and Rep. Jim Jordan based on prior witness testimony and evidence that shows they had significant contact with Trump and his allies in the lead-up to and aftermath of the Capitol attack.

Perry and Biggs were meant to sit for depositions on Thursday but formally objected to the matter, CNN reported.

Rep. Scott Perry of Pennsylvania, chair of the pro-Trump House Freedom Caucus, was the first sitting lawmaker who the House Capitol riot committee reached out to for his voluntary testimony

He reportedly exchanged multiple text messages with Mark Meadows both before and after the election, including ones seeming to promote baseless theories the 2020 election was rigged

The Pennsylvania lawmaker is also the first member of Congress that the bipartisan panel reached out to.

Witnesses have described his key role in helping Trump put his effort to overturn the election into motion. He’s reportedly the first person to introduce the then-president to Jeffrey Clark, a lower-level Justice Department employee who fervently believed in Trump’s plot to stay in power.

Clark is accused of authoring a letter meant for the governor and legislative leaders of Georgia – which narrowly went to Biden in 2020 – that would have asked them to send in a brand-new slate of electors citing ‘irregularities’ in the vote count.

Similar letters were reportedly meant for other battleground states with GOP legislatures.

Trump had reportedly considered replacing his acting Attorney General with Clark, who would then send the letter, but was stopped by the threat of mass resignations by his officials including those in the White House counsel’s office and DOJ leadership.

Perry was also found to have actively communicated with Meadows about the election and supposed fraud theories in text messages released by CNN last month. 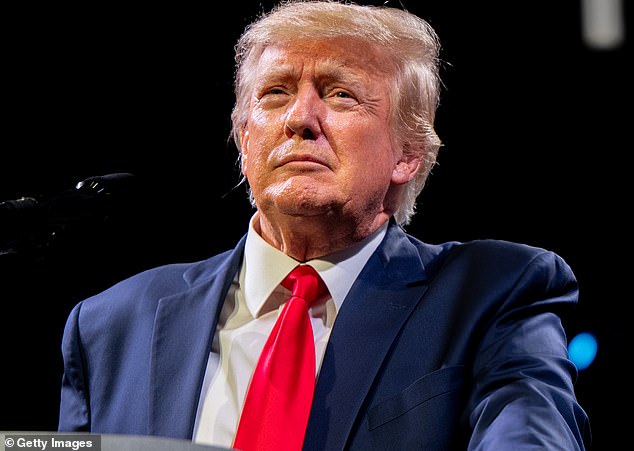 Meadows sent Perry on November 21, ‘Can you send me the number for the speaker and the leader of PA Legislature. POTUS wants to chat with them.’

Pennsylvania, Perry’s home, is another battleground state that was critical to Biden’s 2020 victory.

Another text from Perry to Meadows was dated December 26 and appears to show the lawmaker pushing Meadows on an issue ahead of Biden’s inauguration and January 6, when Trump’s supporters stormed the Capitol.

‘Mark, just checking in as time continues to count down. 11 days to 1/6 and 25 days to inauguration. We gotta get going!’ Perry wrote.

The platform does not store chat data, which means it’s harder for investigators or law enforcement to retrieve communications from it.

The House committee investigating the January 6 attack, which is led by Democrats but has two Republican members, is set to hold its first in a series of eight public hearings beginning on June 9.

Why Kelly Clarkson Has Teachers to Thank for Her Career and How She's Giving Back - E! Online