He told his family and a few friends. He dropped hints to a couple of colleagues. So hardly anyone knew that the airline pilot could have — should have — been on board when SpaceX launched its first tourists into orbit last year.

Meet Kyle Hippchen, the real winner of a first-of-its-kind sweepstakes, who gave his seat to his college roommate.

Though Hippchen’s secret is finally out, that doesn’t make it any easier knowing he missed his chance to orbit Earth because he exceeded the weight limit. He still hasn’t watched the Netflix series on the three-day flight purchased by a tech entrepreneur for himself and three guests last September.

“It hurts too much,” he said. “I’m insanely disappointed. But it is what it is.”

Hippchen, 43, a Florida-based captain for Delta’s regional carrier Endeavor Air, recently shared his story with The Associated Press during his first visit to NASA’s Kennedy Space Center since his lost rocket ride.

He opened up about his out-of-the-blue, dream-come-true windfall, the letdown when he realized he topped SpaceX’s weight restrictions of 250 pounds (113 kilograms) and his offer to the one person he knew would treasure the flight as much as himself. Four months later, he figures probably fewer than 50 people know he was the actual winner.

“It was their show, and I didn’t want to be distracting too much from what they were doing,” said Hippchen, who watched the launch from a VIP balcony.

His seat went to Chris Sembroski, 42, a data engineer in Everett, Washington. The pair roomed together starting in the late 1990s while attending Embry-Riddle Aeronautical University. They’d pile into cars with other student space geeks and make the hourlong drive south for NASA’s shuttles launches. They also belonged to a space advocacy group, going to Washington to push commercial space travel.

Despite living on opposite coasts, Hippchen and Sembroski continued to swap space news and champion the cause. Neither could resist when Shift4 Payments founder and CEO Jared Isaacman raffled off a seat on the flight he purchased from SpaceX’s Elon Musk. The beneficiary was St. Jude Children’s Research Hospital.

Hippchen snapped up $600 worth of entries. Sembroski, about to start a new job at Lockheed Martin, shelled out $50. With 72,000 entries in the random drawing last February, neither figured he’d win and didn’t bother telling the other.

By early March, Hippchen started receiving vague emails seeking details about himself. That’s when he read the contest’s small print: The winner had to be under 6-foot-6 and 250 pounds (2 meters and 113 kilograms).

He told organizers he was pulling out, figuring he was only one of many finalists. In the flurry of emails and calls that followed, Hippchen was stunned to learn he’d won.

With a September launch planned, the timeline was tight. Still new at flying people, SpaceX needed to start measuring its first private passengers for their custom-fitted flight suits and capsule seats. As an aerospace engineer and pilot, Hippchen knew the weight limit was a safety issue involving the seats, and could not be exceeded.

The mission, departing on Wednesday night, is spearheaded by entrepreneur Jared Isaacman.

“I was trying to figure how I could drop 80 pounds in six months, which, I mean, it’s possible, but it’s not the most healthy thing in the world to do,” Hippchen said.

Isaacman, the spaceflight’s sponsor, allowed Hippchen to pick a stand-in.

“Kyle’s willingness to gift his seat to Chris was an incredible act of generosity,” he said in an email this week.

Isaacman introduced his passengers at the end of March: a St. Jude physician assistant who beat cancer there as a child; a community college educator who was Shift4 Payments’ winning business client; and Sembroski.

Hippchen joined them in April to watch SpaceX launch astronauts to the International Space Station for NASA, the company’s last crew flight before their own.

In gratitude, Sembroski offered to take personal items into space for Hippchen. He gathered his high school and college rings, airline captain epaulets, a great-uncle’s World War I Purple Heart and odds and ends from his best friends from high school, warning, “Don’t ask any details.”

By launch day on Sept. 15, word had gotten around. As friends and families gathered for the liftoff, Hippchen said the conversation went like this: “My name’s Kyle. Are you The Kyle? Yeah, I’m The Kyle.”

Before climbing into SpaceX’s Dragon capsule, Sembroski followed tradition and used the phone atop the launch tower to make his one allotted call. He called Hippchen and thanked him one more time.

And while Hippchen didn’t get to see Earth from orbit, he did get to experience about 10 minutes of weightlessness. During Sembroski’s flight, he joined friends and family of the crew on a special zero-gravity plane.

NASA’s James Webb telescope is going to change our understanding of the universe forever. Maurice te Plate of the European Space Agency, who is a systems engineer for the telescope, joined LX News Now host Eric Alvarez to explain why it is a “game changer.”

The Associated Press Health and Science Department receives support from the Howard Hughes Medical Institute’s Department of Science Education. The AP is solely responsible for all content.

Windows 11 is getting a fresh new email app 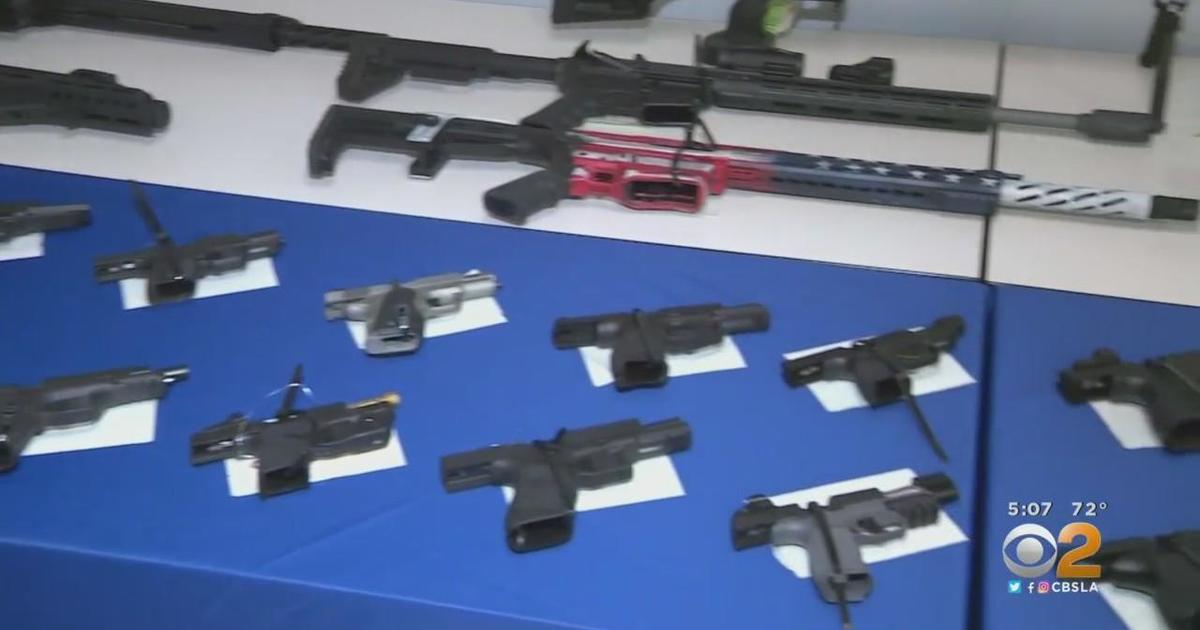 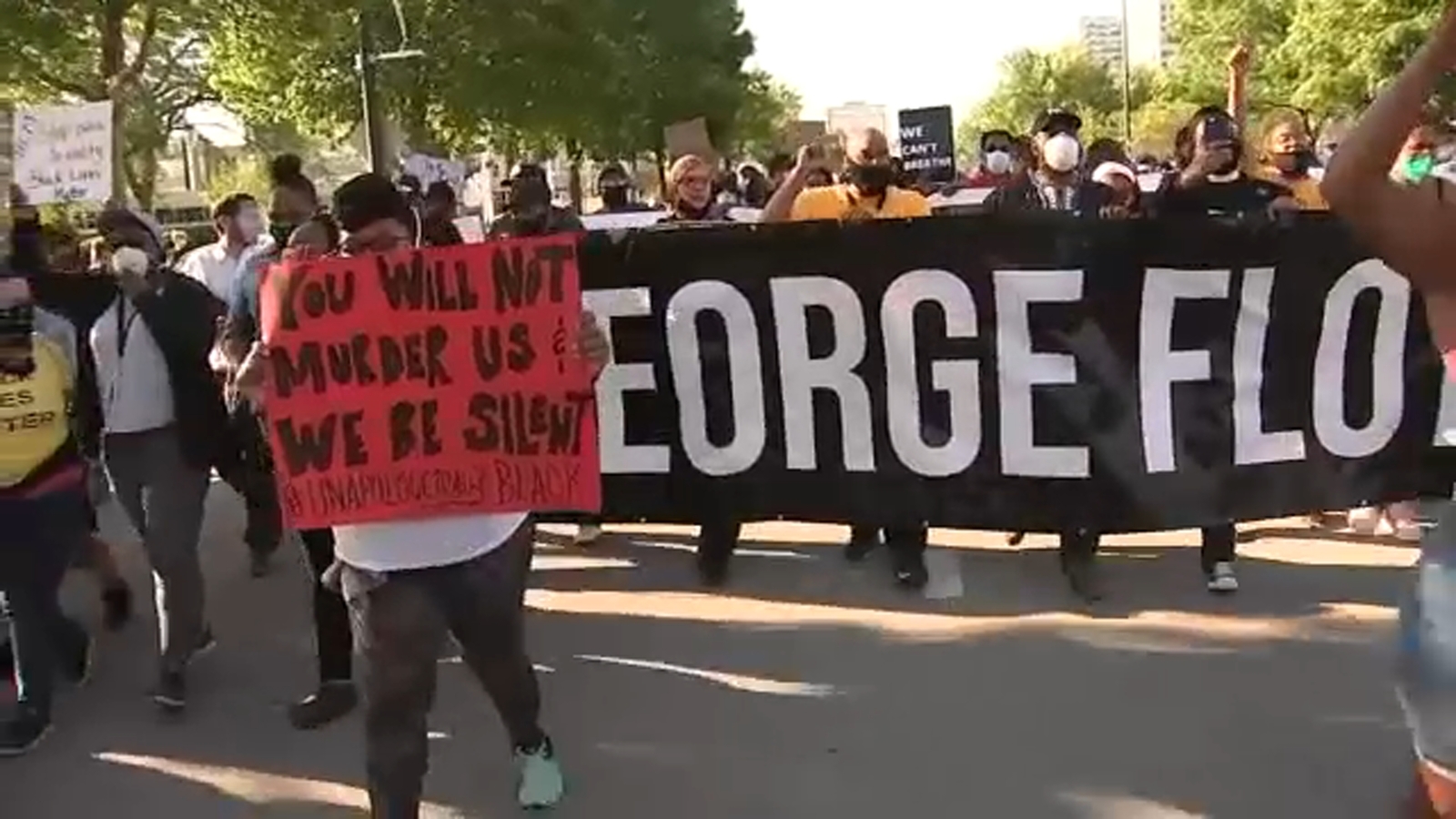 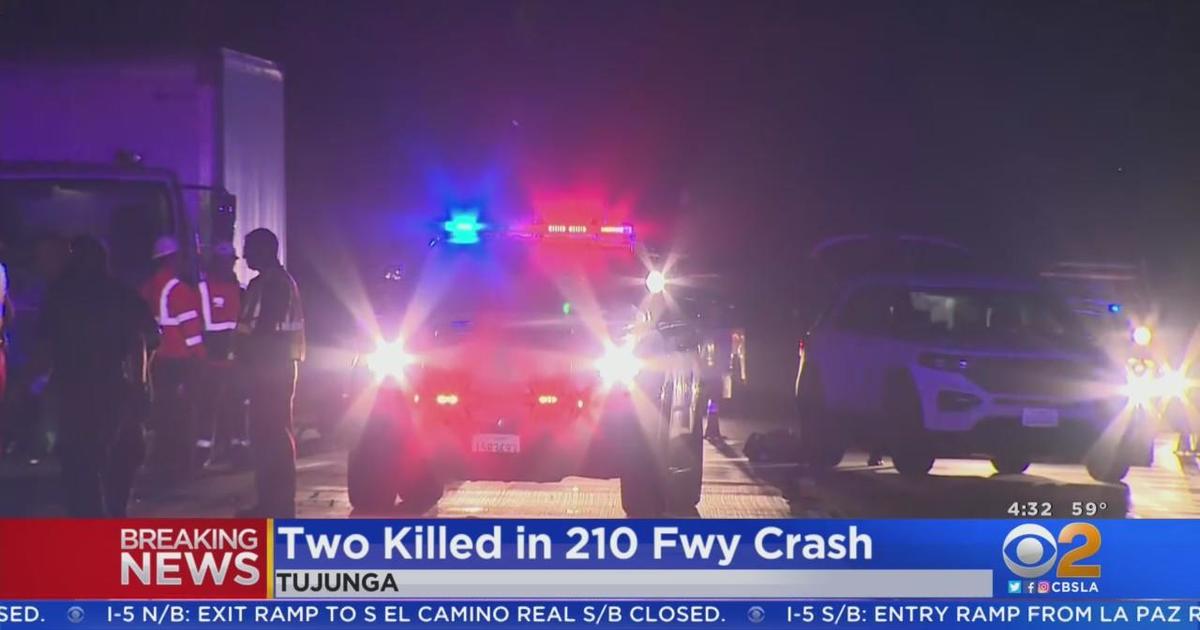 2 killed in crash involving big rig on the 210 Freeway