Amid persistent concerns that the protection offered by COVID-19 vaccines may be waning, a report released Friday by the Centers for Disease Control and Prevention finds that America’s workhorse shot is significantly less effective at preventing severe cases of disease over the long term than many experts had realized.

Data collected from 18 states between March and August suggest the Pfizer-BioNTech vaccine reduces the risk of being hospitalized with COVID-19 by 91% in the first four months after receiving the second dose. Beyond 120 days, however, that vaccine efficacy drops to 77%.

Meanwhile, Moderna’s vaccine was 93% effective at reducing the short-term risk of COVID-19 hospitalization and remained 92% effective after 120 days.

Overall, 54% of fully vaccinated Americans have been immunized with the Pfizer shot.

The surprising findings came as a Food and Drug Administration advisory panel recommended against offering booster doses of the Pfizer vaccine to all Americans ages 16 and older. In a striking rebuke, 16 of 18 experts told the agency it had not mustered enough data to make a third shot the norm.

In lengthy briefings to the panel, representatives from Pfizer pointed to clinical trial results involving 306 mostly healthy participants to argue that a booster “restores” the 95% vaccine effectiveness rate seen earlier in the pandemic.

Company officials also touted evidence from Israel, which rolled out boosters after seeing a rise in hospitalizations among people who were fully vaccinated. Those hospitalizations dropped dramatically after third doses were given, Israeli scientists have said.

But panel members made clear that despite Pfizer’s aggressive stance, it had not gathered enough evidence that a third shot was safe for young people and for those at lesser risk of becoming severely ill with COVID-19.

“We need age-specific data” on the safety and protective benefits of a further booster, said Dr. Ofer Levy, a panel member who directs the Precision Vaccines program at Boston Children’s Hospital.

FDA clearance for booster shots for everyone 16 and older would be seen as something “close to a mandate,” said Dr. Eric Rubin, a panel member and infectious-disease expert at the Harvard T.H. Chan School of Public Health. Rubin worried that such a move could redefine what it takes to be considered fully vaccinated against COVID-19.

But others apparently are. Dr. Anthony Fauci, President Biden’s top advisor on vaccines, has come out strongly in favor of booster shots, saying before Friday’s vote that a failure to endorse the shots “would be a mistake.”

And in mid-August, Biden himself said his administration would begin making booster shots available the week of Sept. 20 to those vaccinated for at least eight months.

Biden cautioned at the time that his plan was contingent on FDA approval. But his announcement stoked concerns of political meddling in a matter that required the unhindered evaluation of scientists.

“This should demonstrate to the public that the members of this committee are independent of the FDA,” Dr. Archana Chatterjee, dean of the Chicago Medical School, said after the vote. “In fact, we do bring our voices to the table when we are asked to serve on this committee.”

The panel unanimously agreed that a third shot of the vaccine now sold under the brand name Comirnaty should be offered to select groups: individuals 65 and older, people at risk of developing severe disease, and those, including healthcare workers, whose occupations put them at high risk of infection.

Dr. Peter Marks, who leads the FDA’s evaluation of drugs and vaccines, told panel members that the agency could give its blessing to booster shots with an emergency use authorization — a regulatory step that falls short of the full approval Pfizer had sought.

The company issued no statement Friday in response to the panel’s vote.

Researchers in the United States have been warning for months that the immunity afforded by COVID-19 vaccines might be waning. The CDC reported that in late July, close to three-quarters of the 469 people swept up in a Massachusetts outbreak were fully vaccinated. And the agency has launched several studies aimed at detecting changes in vaccine effectiveness in healthcare workers and others who were vaccinated early.

But virtually all of those infections appeared to be mild. And health officials eager to induce vaccine skeptics to step up for their shot — including Fauci and Dr. Rochelle Walensky, director of the Centers for Disease Control and Prevention — have repeatedly praised the vaccines for keeping most fully vaccinated people out of hospitals.

The new report on waning vaccine efficacy challenges that expectation.

Researchers from around the country found striking differences between two mRNA vaccines long thought to be interchangeable.

When the Moderna vaccine received emergency use authorization in December, the company reported that 30 people in its clinical trial developed severe cases of COVID-19, including nine who required hospitalization. All 30 patients were in the placebo group, resulting in a vaccine efficacy against severe disease of 100%.

Ten people in Pfizer’s initial clinical trial developed severe cases of COVID-19. Nine of them were in the placebo group, including seven who were hospitalized, resulting in a vaccine efficacy against severe disease of 88.9%.

Once the Moderna and Pfizer vaccines were rolled out to the public, their records of preventing COVID-19 hospitalizations in the first four months were neck and neck — 93% and 91% effective, respectively. But the degree of protection diverged after that.

When they focused specifically on the period 120 days beyond the second dose, the study authors found that the Moderna vaccine remained 92% effective at preventing COVID-19 hospitalizations. But the equivalent figure for the Pfizer vaccine was 77%.

The results were published in the CDC’s Morbidity and Mortality Weekly Report.

Both the Pfizer and Moderna vaccines are based on mRNA technology, which delivers temporary instructions to the body’s muscle cells that help it learn to recognize the spike protein, a key part of the coronavirus’ structure. But “they’re actually not necessarily interchangeable,” said Dr. Timothy Brewer, a professor of medicine and epidemiology at UCLA.

Each vaccine is formulated and administered differently, Brewer said, and those differences could affect the strength and duration of the two vaccines’ protection.

Moderna’s shot contains 100 micrograms of vaccine, more than three times the 30 micrograms in the Pfizer shot. And Pfizer’s two doses are given three weeks apart, while Moderna’s two-shot regimen is administered with a four-week gap.

Brewer also pointed to evidence that the Moderna vaccine seemed to elicit higher levels of a key antibody than the Pfizer vaccine.

“We know from other studies the neutralizing antibody levels will decay over time, so starting at a higher level will mean that you have farther to go before you decay to a point where efficacy drops off,” he said.

Dr. Robert Murphy, who directs Northwestern University’s Institute for Global Health, said the Pfizer vaccine’s reduced protection against severe disease may bolster the case for boosters for all who got the vaccine, not just the specific groups identified by the FDA advisory panel.

“Based on the data I have seen, persons who received the Pfizer vaccine would benefit from a booster dose at this time,” he said. “I don’t see why we have to wait until the younger people get sick and become hospitalized.”

But Dr. Arnold Monto, who chairs the FDA advisory panel, applauded the agency’s willingness to withhold a full-throated call for boosters until a stronger case can be made. And he suggested that as more evidence accumulates, boosters for all might still get the nod.

“That’s the beauty of the emergency use authorization,” said Monto, an epidemiologist at University of Michigan. “It can be changed based on changing data.”

Did You Feel It? Earthquake Rattles Los Angeles Area On Friday Night 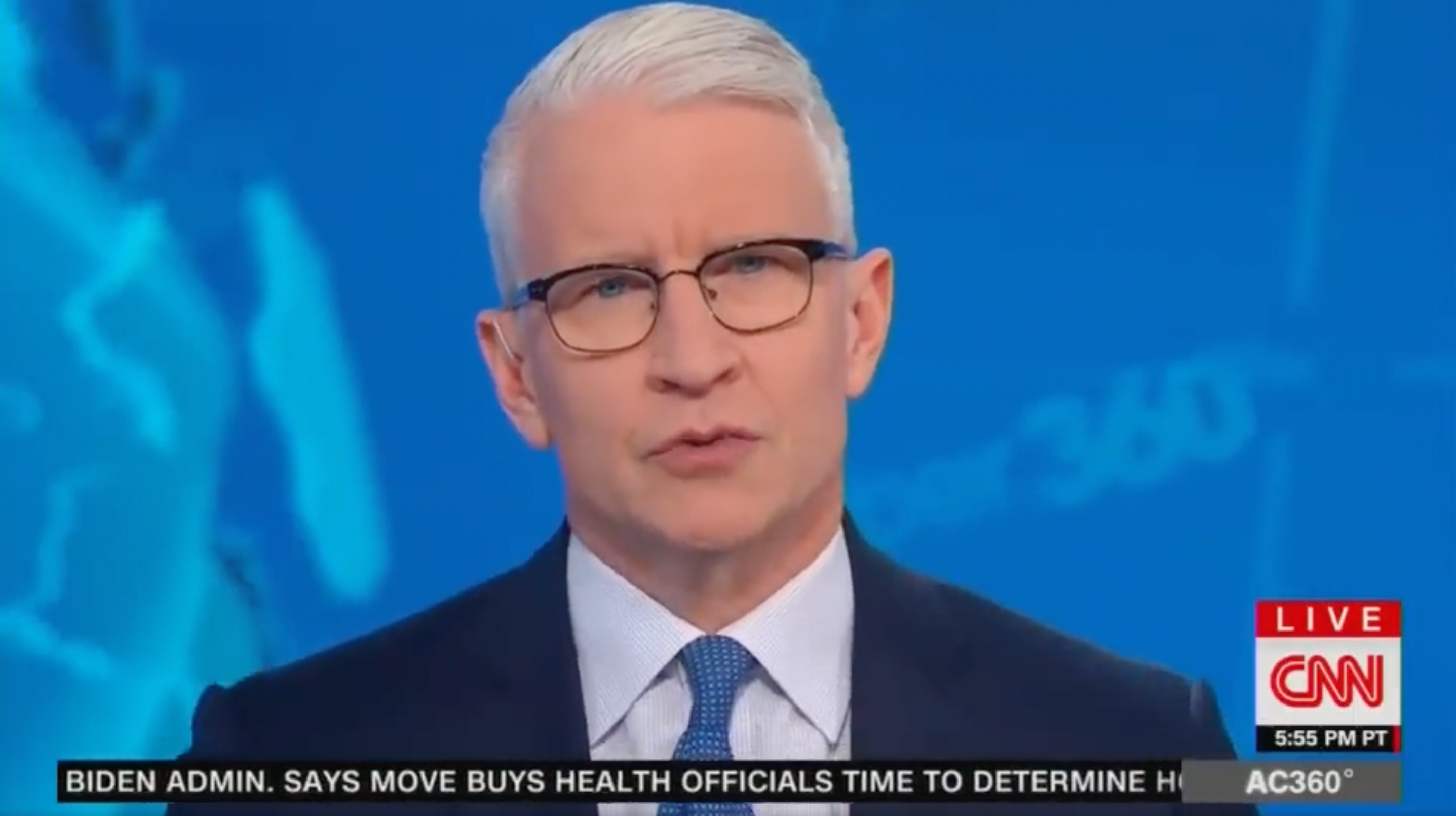 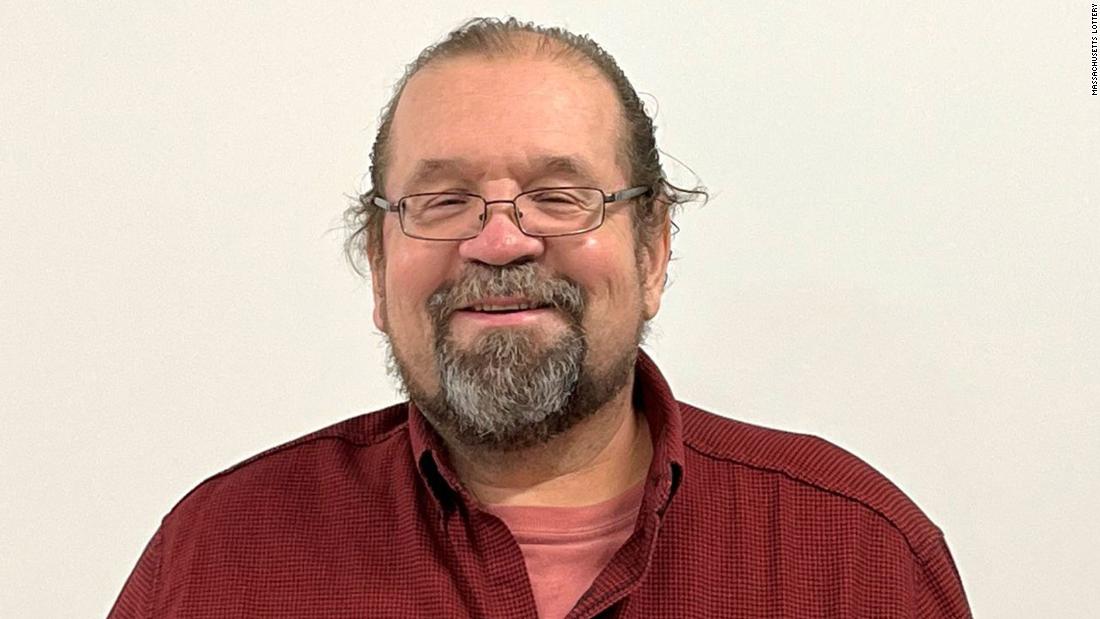 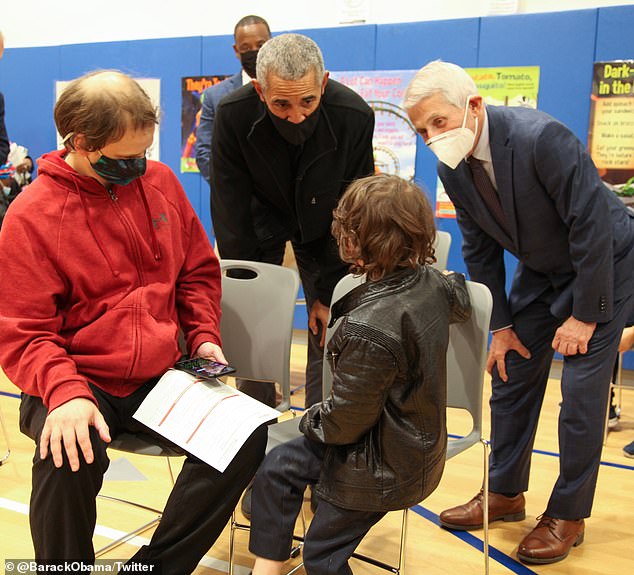