With the country reeling from three mass shootings in the last three weeks, President Biden called on Congress to deliver “common-sense” reforms to curb gun violence, during a rare prime-time address from the White House.

Biden has tried to give lawmakers space to find the sort of bipartisan compromise on firearms that has eluded them for decades in the aftermath of many other shootings.

But his seizing of the bully pulpit also reflected a determination to show the country his own passion and commitment to eradicate the distinctly American epidemic of gun violence, and to share his optimism that even a deeply polarized Congress and Republicans long opposed to tightening gun laws could be spurred to act.

“For God’s sake, how much more carnage are we willing to accept?” Biden asked. “How many more innocent American lives must be taken before we say, ‘Enough’?”

Promising that his call for reform was “not about taking away anyone’s guns,” Biden argued in his 17-minute speech for specific measures, including expanded background checks, “red flag” laws, safe-storage laws and other measures that go far beyond what the Senate is currently considering.

He also called for a ban on assault-style weapons and high-capacity magazines — or short of that, for raising the minimum age for purchasing such weapons from 18 to 21.

Urging Congress to act, he asked lawmakers and the country to imagine the fear of the 10-year-old survivor of last week’s school shooting in Uvalde, Texas, who smeared a classmate’s blood on her body to fool the gunman into thinking she was already dead.

The president’s remarks from the White House‘s Cross Hall, which was lined with 56 candles memorializing shooting victims in all states and territories, came just hours after a congressional committee held an emergency meeting Thursday to begin writing a legislative package of gun violence prevention bills that could set up votes on the House floor next week.

The House Judiciary Committee voted on the measure as Biden was speaking from the White House, and advanced it on a 25-19 party-line vote, without a single Republican voting in support.

The panel’s Thursday morning session was scheduled in the aftermath of the recent mass shootings in Buffalo, N.Y., and Uvalde — shootings that prompted Biden to visit both cities in the last few weeks to commiserate with and console their devastated communities.

The president met with victims’ loved ones, who he said “had one message for all of us: Do something.”

Tulsa, Okla., joined the growing list of mass shooting sites Wednesday when a gunman opened fire in a medical building, killing four before taking his own life.

The Uvalde shooting, in which 19 children and two teachers were killed last week — less than two weeks after 10 Black people were killed in a racist attack in Buffalo — has jolted Congress into taking action, even if prospects for passage are dim.

Democrats narrowly control the House, where legislation is passed by a simple majority. But in the Senate, there’s a 50-50 split between the Democratic and Republican caucuses, and most bills need 60 votes to overcome a filibuster.

That means that although the House can pass bills without any Republican support, GOP backing in the Senate is crucial for any measure to have a chance to become law.

“There are no perfect solutions,” House Judiciary Committee Chairman Jerrold Nadler (D-N.Y.) said as he opened Thursday’s hearing. “We are painfully aware that we cannot do enough today to save all of these lives.”

Sweeping majorities of Americans support making background checks mandatory on all gun purchases, something Democratic lawmakers tried and failed to do a decade ago after the shooting at Sandy Hook Elementary School in Newtown, Conn., which left 20 children and six staff members dead.

Biden, who was vice president at the time, knows better than most how difficult it is to find enough supportive Republicans to enact new gun laws, given the absolutist position on guns demanded by many GOP voters, especially in competitive primaries.

While expressing his support for the bipartisan group of senators working to find a compromise, Biden excoriated most Republican lawmakers, and suggested they would pay a political price this time for blocking gun reforms.

“The fact that the majority of the Senate Republicans don’t want any of these proposals even to be debated or come up for a vote, I find unconscionable,” he said. “We can’t fail the American people again.”

Biden, whose speech was only added to his schedule Thursday afternoon, has kept his involvement in talks on Capitol Hill mostly out of view since last year, after months of negotiations on a domestic spending package fell apart. But with Congress reportedly making progress on firearms legislation, aides worried that he might seem too distant from the process on an issue that has again moved to the front burner.

Vice President Kamala Harris, speaking at a higher-education event, took time to acknowledge the shooting in Tulsa and urge congressional action. “No more excuses,” she said. “Thoughts and prayers are important but not enough. We need Congress to act.”

The House panel convened to take up the Protecting Our Kids Act, a package that Nadler said “links together important, sensible, overwhelmingly popular proposals that will help us to scale back the scope of gun violence in the United States.”

The package includes provisions to:

Nadler said that each proposal is “wildly popular” with Americans, and dismissed criticisms that in rushing to move legislation, Democrats are politicizing tragedies.

“It has been 23 years since Columbine, 15 years since Virginia Tech, 10 years since Sandy Hook, seven years since Charleston, four years since Parkland and Santa Fe and the Tree of Life Synagogue in Pittsburgh,” he said. “It has been three years since El Paso. It has been a week since we learned again that gun violence can reach any of our children and grandchildren at any time, and that no number of armed guards can guarantee their safety.”

“It has not even been 24 hours since the last mass shooting, and who knows how long until the next one,” Nadler continued. “Too soon? My friends, what the hell are you waiting for?”

Rep. Jim Jordan of Ohio, the top Republican on the committee, said no one wants to see another tragedy or relive another mass shooting.

“That’s why it’s regretful that Democrats have rushed … today at what seems more like political theater than a real attempt at improving public safety or finding solutions,” he said.

Jordan said Democrats never reached across the aisle to seek Republicans’ input on the legislation being considered, and accused them of rushing to convene on it to appeal to Democratic primary voters.

“The American people expect and deserve more from us than political charades that rehash old ideas and don’t actually solve the underlying problems,” he said.

While Democrats have largely turned their attention back to guns to prevent mass tragedies, Republicans have framed mental health and school safety as the core issues that need to be addressed.

Murphy, a fierce gun safety advocate, expressed a willingness to accept “incremental change” in a bipartisan deal to reform the nation’s gun laws. Murphy is negotiating with Sen. John Cornyn (R-Texas), who was given Senate Republican leader Mitch McConnell’s blessing last week to pursue a bipartisan deal with Democrats.

While acknowledging Americans’ 2nd Amendment right to bear arms, Murphy argued that constitutional rights have limits. For instance, he said, criminals and people with serious mental illness shouldn’t have a right to own weapons, and Congress should be able to determine “which weapons are so dangerous as to be kept exclusively in the hands of the military.”

Murphy conceded that he’d have to accept fewer reforms than he would prefer in order to reach a deal with Senate Republicans. He highlighted the tightening of background checks, incentives for states to create red-flag laws that aim to identify gun owners who may pose a threat, and investments in mental health resources and school security upgrades as examples of “incremental change.”

“For me,” Murphy wrote, “the only thing we cannot do is nothing.”

“I don’t know if any of these reforms would have stopped the massacre” in Uvalde or Buffalo, Murphy acknowledged, but added: “No matter what the defenders of the status quo say about people like me, our agenda isn’t radical. My desire is simple — to find a way for Republicans and Democrats to come together around a small but meaningful set of changes to our nation’s gun laws, along with major investments in mental health, that will make it less likely that another Sandy Hook or Uvalde ever happens again.” 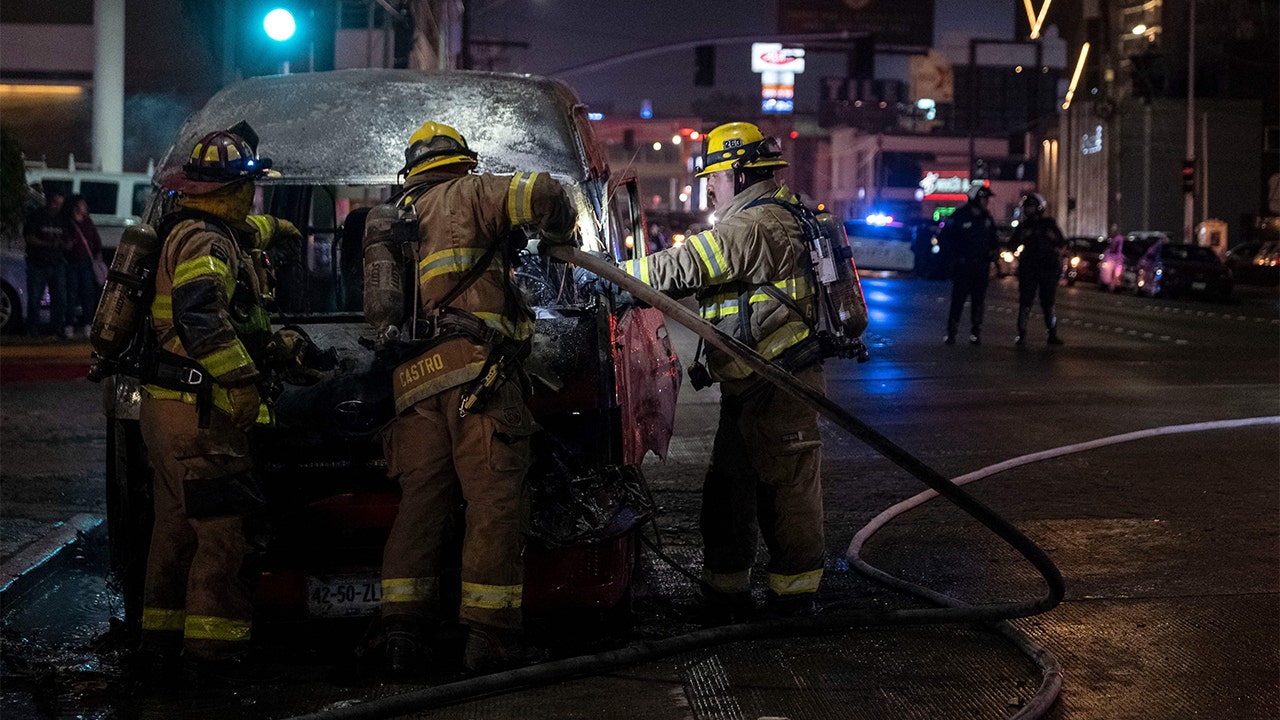