The answer is yes. The 19-year-old Filipino gets to keep the trophy for a year before it’s replaced by a replica after she won the US Women’s Open on Sunday, beating Japan’s Nasa Hataoka in a dramatic sudden death playoff.

As she rolled in her 10-foot birdie putt to clinch the momentous victory on the playoff’s third hole, Saso became the first Filipino to win a major in men’s and women’s golf.

When she was a 13-year-old, Saso used to watch clips on YouTube of Rory McIlroy winning his first major at the US Open in 2011. It has proven to be time went well spent.

“Watching him made me feel like: ‘Oh, he’s a very cool guy, he’s got a very nice swing,'” she told CNN Sport’s Coy Wire. “So I said to myself: ‘Why not try copy it?’ And that’s where it all started.”

Saso says she modeled her swing on the four-time major winner and the similarities in technique has been clear to see at The Olympic Club over the last few days.

She’s also being mentioned by McIlroy on social media, something she describes as a “dream come true.”

On Saturday, McIlroy encouraged Saso to “get that trophy” in a post on Instagram. After her victory on Sunday, he posted a congratulatory message on Twitter.

Saso says she can’t wait to meet the Northern Irishman if she gets the chance.

“I hope to meet him in person and say hi or get a signature or get a picture or whatever,” she said.

READ: Juggling a pro golf career when you’re a Mom

At 19 years, 11 months and 17 days, Saso’s victory equaled the age record set by South Korea’s Park Inbee to the day as the youngest champion at the oldest major of the women’s game.

Saso received vociferous support from fans through the week in San Francisco, as the nearby Daly City is home to a large Filipino population.

She had to survive a late charge by Hataoka, who was seeking to become the latest Japanese major winner after Hideki Matsuyama triumphed at the Masters earlier this year.

Hataoka started six shots off the lead but three birdies in her last six holes set up the playoff with Saso.

As well as the pressure of a playoff for a major title, Saso didn’t feel great physically.

“My stomach hurt a little coming into the last few holes,” she explained. “I don’t know why. I ate bananas after the second hole playoff hole and I felt better.

“I was a little excited and a little pressured. I was more worried about my stomach than anything else.”

The daughter of Filipino mother and a Japanese father, Saso and her siblings traveled between the two countries as they were growing up.

“When I turned nine, I told my parents I wanted to play golf. And I had to move back to the Philippines with my dad. My dad goes back and forth with my brothers and sisters. I think that’s the biggest sacrifice they did. All I have now is to thank them. I wouldn’t be here without them.”

READ: ‘Everybody loves to hate the villain,’ says Shooter McGavin 25 years on from ‘Happy Gilmore’

Playing for an audience

After turning professional in November, 2019, Saso initially didn’t have the opportunity to play in front of fans because of the coronavirus pandemic.

So, at The Olympic Club in San Francisco, being able to showcase her abilities to a watching crowd and being able to sign autographs for kids that were in a similar situation to her just a few years ago was a “great” experience for her.

“There’s a lot of kids like me and I experienced those things like having signatures from Lexi (Thompson) and others,” Saso explained.

“There’s so many great pros that I got signatures from so I’d like to do what they’re doing. It feels great.”

And having got her hands on that famous trophy, Saso can’t stop looking at it.

“This trophy looks good. I’ll bring it back home with me.” 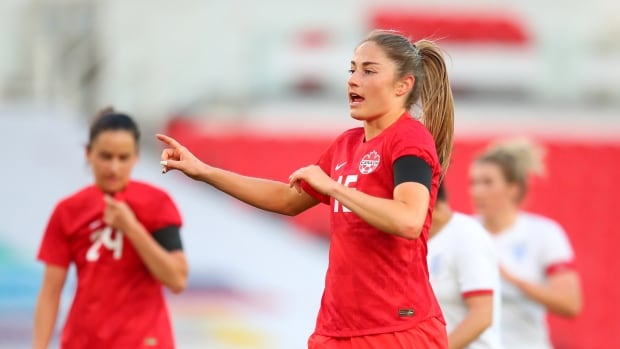 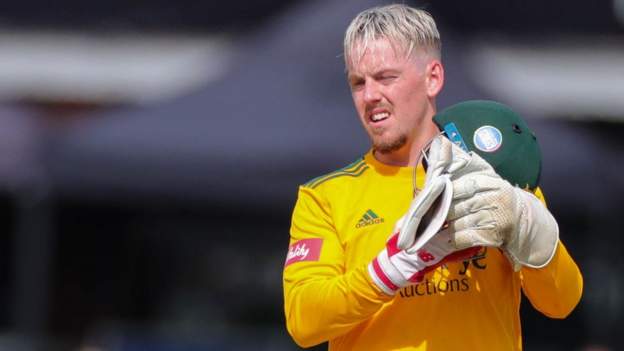